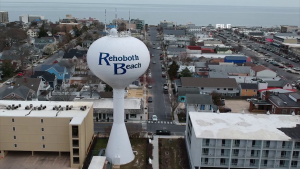 REHOBOTH BEACH, Del. — The swimming advisory issued for Rehoboth Beach has been lifted by DNREC.

DNREC says Ocean beach swimming advisories based on bacteria levels usually end after a day or so.

DNREC water quality experts say the elevated level of bacteria was most likely associated with rainfall that occurred on Tuesday night. These bacteria often originate from wildlife sources and increased rainfall, waves or wildlife feeding near the surf, which can result in these indicator bacteria washing into near-shore waters.