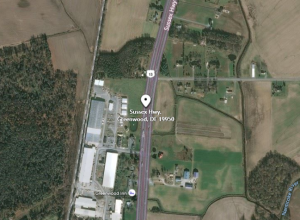 Police said around 10:30 p.m. the owner of Stargate Pizza, located at 9634 Sussex Hwy, was closing his business when he was approached outside by a white man who had a machete and who was demanding money.

Officials said the suspect ran from the scene and got into a car on northbound Sussex Hwy.

Police said the store owner was not injured as a result of the incident.