Man shot in the neck in Milford 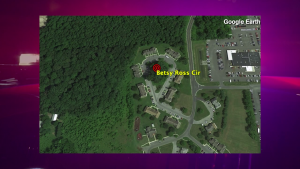 MILFORD, Del. – Delaware State Police are investigating after they say a 32-year-old man was shot in the neck on Wednesday evening.

Police say they were dispatched to Betsy Ross Circle in Milford around 5:30 p.m., and that’s when they found the victim.

Upon further investigation-the victim revealed he had been involved in an fight with the suspect. During the fight the suspect pulled out a gun and shot the victim.  The suspect then fled the scene.