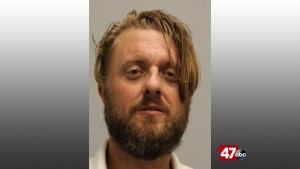 Rehoboth Beach, DE – A Florida man faces at least seven charges, after allegedly driving under the influence and hiding a 10-inch knife under his shirt during a traffic stop.

On Wednesday, July 29th around 7:30 a.m., troopers say they were called to check on 40-year-old Charles Tackaberry after someone noticed him driving in a Starbucks drive through with a flat tire and a bicycle hanging off his car.

Police pulled Tackaberry over in the parking lot and suspected he was under the influence. They say they noticed a 10-inch knife under his shirt.

When officers searched his car they allegedly found a machete, 3.02 grams of marijuana, and multiple drug paraphernalia.

The 40-year-old was arrested and faces charges including Carrying a Concealed Deadly Weapon and Driving Under the Influence.