Man accused of throwing drugs out the window during traffic stop 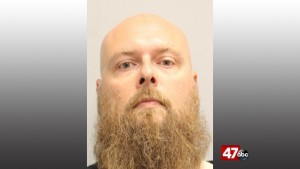 Harbeson, DE – A Delaware man is facing drug charges after police say he threw drugs out the window during a traffic stop.

On Wednesday, July 29,  just before 5 p.m. Delaware State Police say they pulled over 40-year old James Gerleve III for driving on a suspended license. During that stop, an officer says he saw Gerleve throw a bag of drugs out the passenger side of the car, while he was sitting in the driver’s seat.

That bag of drugs was later determined to be 6.05 grams of Methamphetamine, according to authorities. Gerleve was arrested and faces charges including Possession of a Controlled Substance Tier 1, which is a felony, and Tampering With Physical Evidence. He also faces Possession of Drug Paraphernalia. Police say he was released on his own recognizance.