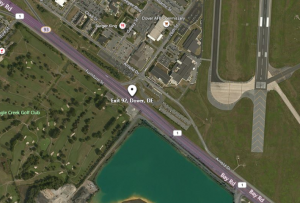 DOVER, Del. – A 24-year-old woman is dead after an early Fourth of July crash in Dover. That woman has been identified as Jasmyn D. Brummell.

Police say the crash happened just before 4 o’clock on Saturday morning, when the woman was driving her 2004 Saturn on Bay Road south of Exit 92. Police say for an unknown reason, the driver veered off the road and struck a metal pole before the car flipped onto the roof.

Police say Brummell was not properly restrained and was ejected from the car. She was taken to a nearby hospital where she was pronounced dead.