Arrest made in connection to attempted arson in Princess Anne 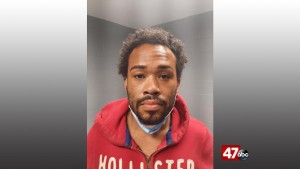 PRINCESS ANNE, Md. — Maryland State Fire Marshals say someone has been arrested following a fire outside of a home in Princess Anne early Friday morning.

According to officials, around 5:30 a.m., the Princess Anne Volunteer Fire Department responded to 11745 Church Street for a report of an outside fire. Firefighters arrived and found the occupants of the home had extinguished a small fire. Firefighters observed the charred remains of a fur coat, as well as noticing a strong odor of gasoline and requested the Office of the State Fire Marshal to investigate.

The investigation revealed that 31-year-old, Quincy Fontain, was the suspect involved with setting the fire outside of the home. Fire Marshals took him into custody at a local hotel Friday afternoon.

Officials say they found out Fontain was the suspect, after it was discovered he was removed from the property after becoming disorderly the evening before.

Fontain has been charged with attempted 1st degree arson, attempted 2nd degree arson, three counts of reckless endangerment, and disturbing the peace. He is currently being held at Somerset County Detention Center without bond.