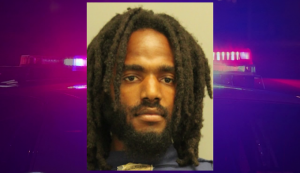 DOVER, Del. – A 26-year old man is now facing drug and weapons charges following a traffic stop in Dover Friday night. Officials say around 5:08 PM troopers saw 26-year-old Jahliek Johnson driving on South DuPont Highway at the intersection of Walnut Shade Road with suspended registration. When police pulled Johnson, over they discovered that he had an active warrant for breach of release. Police say when they arrested Johnson, he told them that he had a gun and ammo in his car. When police searched Johnson’s car they found a loaded handgun, and more than three boxes of ammunition. He now faces multiple charges including possession of a firearm during the commission of a felony and carrying a concealed deadly weapon.

A subsequent search of the vehicle led to the discovery of the following:

Johnsons was taken into custody without incident and transported back to Troop 3 where he was charged with the following:

Johnson was arraigned before the Justice of the Peace Court and was released on $7,800.00 unsecured bond.