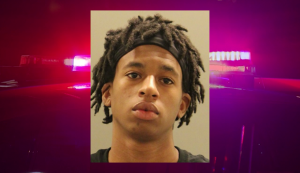 GEORGETOWN, Del. – In Georgetown, three people are facing weapons and drug charges following a traffic stop Friday. Officials say around 3:30 in the afternoon, police were alerted to a vehicle that had possibly fled from the scene of an accident. After locating that car on Route 113 near Arrow Safety Road police say they smelled marijuana coming from the vehicle. That’s when officials searched the car and found 1.79 grams of marijuana, a loaded handgun, and a loaded magazine. Police ended up arresting and charging 20-year-old Demon Harris, and 19-year-old Wyasia Hollowell who face charges that include carrying a concealed deadly weapon and possession of marijuana. A juvenile was also arrested and charged with possession of marijuana.