Townsend man arrested in Clayton for burglary and theft 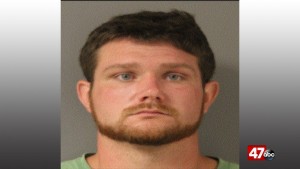 CLAYTON, Del. — Delaware State Police arrested a Townsend man in Clayton for attempting to sell the stolen property on Craigslist.

According to a family member of the owner of the home, on June 28th the items stolen were discovered listed for sale on Craigslist.

Arrangements were made with Reece, and the stolen items were recovered during two separate meetings,

Troopers responded with the property owner during the second meeting with Reece and he was taken into custody.

Reece is being charged with the following third degree burglary and theft greater than $5,000.00.

Reece was arraigned in the Justice of the Peace Court and released on a $3,000.00 unsecured bond.