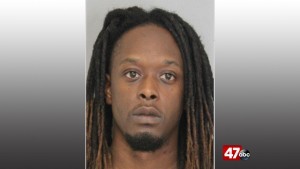 SEAFORD, Del. – A Frankford man is facing felony domestic-related charges after allegedly breaking into his ex-girlfriend’s home on June 10.

According to Delaware State Police, 26-year-old Alfred Wescott turned himself into police on Friday, June 12 after breaking into his ex-girlfriends home and choking her.

Just after 12:30 a.m. on Wednesday Wescott allegedly broke into the home which also had two children and a teen inside.

Police say when Wescott got in the home he slapped a phone from the teen’s hand to stop her from calling 911 then ran upstairs, where he grabbed his ex by the throat, stopping her from breathing.

DSP says Wescott ran off before police could get to the home.

Wescott is now behind bars facing charges including strangulation and 2nd degree burglary.