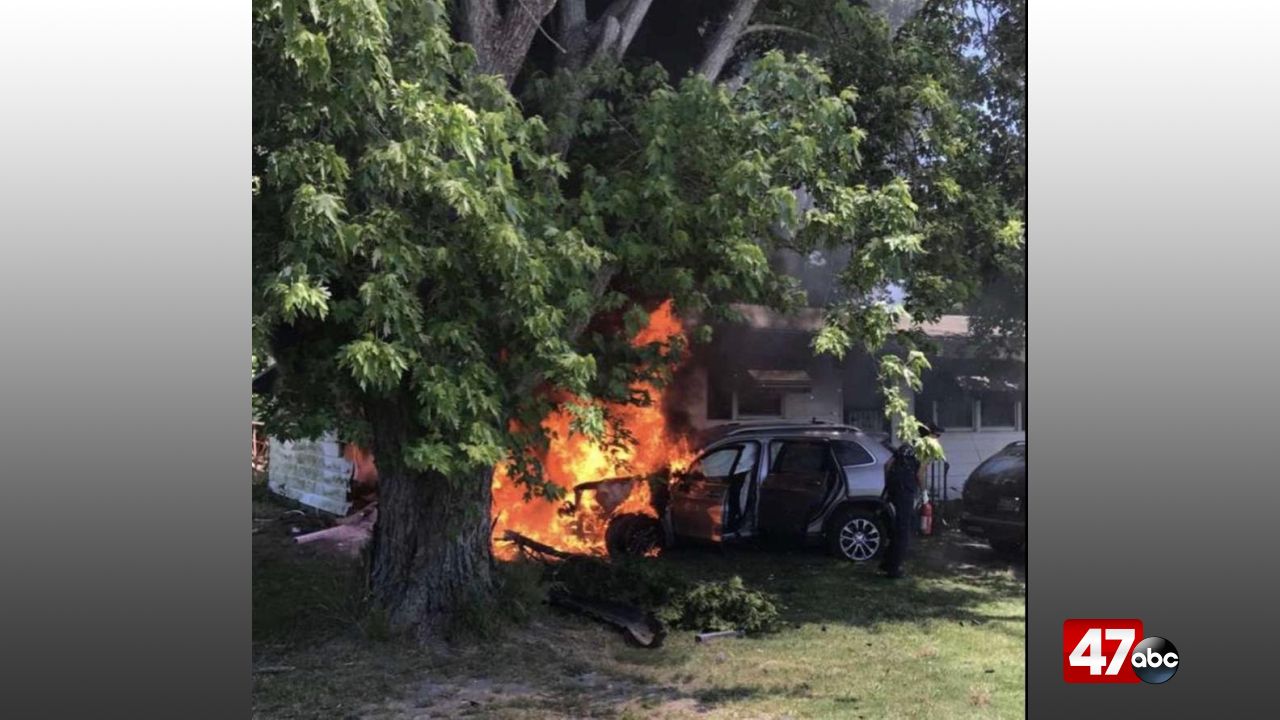 SUSSEX CO., Del. – On Tuesday, two people had to be taken to the hospital after a car crashed into a home and caught fire.

The Indian River Volunteer Fire Company says the car crashed into the home on the 26000 block of John J. Williams Highway shortly before 2 p.m.

The fire company says it appears the blaze first started in the car, then spread to the home.

Eventually, crews were able to put out the fire, but not before it caused significant damage.

We’re told the two people that were taken to the hospital were taken as a result of the initial accident, not the fire.

The cause of the accident remains under investigation.