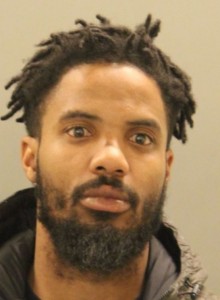 FELTON, Del.- State Police are looking for a man who’s wanted on a slew of charges, including felony domestic assault.

Police said around 1 a.m. Saturday they responded to a home on Plantation Drive in Felton for a physical domestic incident.

Police said that 33- year-old Deangelo Evans was involved in a physical incident at the residence with a 28-year-old woman .

Officials said Evans physically assaulted the victim and then ran off before police arrived.

Evans is now facing charges that include criminal mischief, assault, strangulation, and theft.

Troopers have not been able to find Evans.

Anyone with information regarding the whereabouts of Deangelo Evans is asked to call 302-697-4454.