Police: Suspects shoot at Lincoln home before breaking in 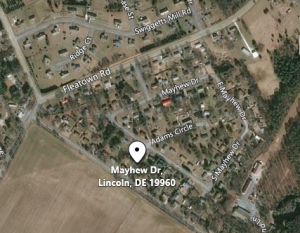 LINCOLN, Del. – Police are investigating a home invasion where suspects allegedly fired shots at a home and then broke in.

Police say the violent encounter happened on Saturday morning just before 2 a.m. in the 21000 block of Mayhew Drive in Lincoln.

Early investigation shows that three home residents had a barbecue that ended around midnight, but at around 1:40 in the morning they say two vehicles showed up to the house and shots were fired at the house.

Police say during the course of gunfire, shots were fired from inside of the home as well. Two of the home residents apparently fled the scene as two suspects entered the home.

None of the residents were injured during the incident, and police say they’re now determining if anything was stolen.

Police say this is an ongoing investigation and anyone with information is asked to contact the Delaware State Police at 302-752-3794.