Police: Man argues with girlfriend, drunkenly flees the scene with 2 and 4-year-old 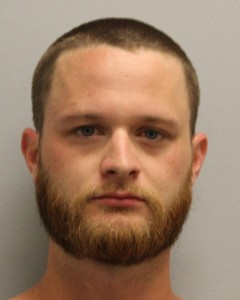 REHOBOTH BEACH, Del. – A 26-year-old man is facing charges after police say he got into an argument with his girlfriend, and then drunkenly fled the scene with his two children.

Saturday night just before 10:45, police were dispatched to Sea Air Avenue in Rehoboth Beach for reports of a domestic incident.  While responding, police were told that Jarod Carter had fled the scene in his blue Silverado, and then say they saw him driving on Coastal Highway.

A stop was initiated – and that’s when police say they smelled alcohol and saw Carter’s two children in the car, aged two and four. After searching the car, police say they found marijuana and a gun.

Police say further investigation into the domestic incident revealed that Carter and his 22-year-old girlfriend got into an argument, which led to Carter pushing and shoving the victim before fleeing. The victim was not injured.

Carter now faces charges that include carrying a concealed deadly weapon and endangering the welfare of a child.