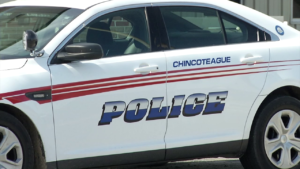 5/4 UPDATE: Chincoteague Police have released the identity of the body found on Chincoteague Island on Thursday.

We’re told the individual has been identified as 42-year-old Jennifer Barnes, who had previously been reported missing on April 18th.

Officials say the cause of death has not been determined at this time. Preliminary results of the autopsy found no signs of trauma.

CHINCOTEAGUE ISLAND, Va. – Police say the body of a female was found on the southern end of Chincoteague Island on Thursday.

According to the Chincoteague Police Department, the body was taken to the medical examiner’s office in Norfolk for identification and further investigation. Details are still very limited.

Anyone with information that may help police is asked to call the Chincoteague Police Department at 757-336-3155.