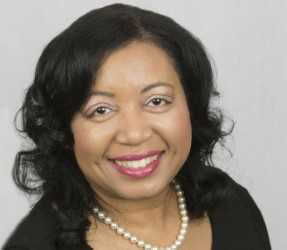 SALISBURY, Md. – While students at Salisbury University are off campus amid the Coronavirus pandemic, the university announced a new addition to campus: a Chief Diversity Officer.

“I’ve been in higher education for almost 20 years, and I’ve been doing about half of that time, about ten years, in diversity and inclusion and equity work,” Williams said.

Although students won’t be on campus when Williams arrives, they tell 47 ABC that she’s still a very welcome addition.

“When they had the students come and see the different candidates they had for the position, Ms. Williams really stood out to me,” David McCreary, a student, said.

Williams hiring comes months after a number of racist graffiti incidents rocked the campus, sparking students to call on university leaders to make them feel more included and safe. That’s something that Williams says she intends to do.

“I mean I’m traveling about 900 miles to come from Alabama to Salisbury, and I would not be doing that if I did not truly believe there was a commitment to having an inclusive campus,” she said.

But Williams says she’s not naive, and she knows coming to campus after those horrendous incidents will be a challenge.

“Each institution is different, and so I don’t expect to be able to just bring things from my prior institution and best practices in this work straight to Salisbury without getting to know the landscape and the culture at Salisbury,” Williams said.

But while Williams takes time to get to know the campus and those who learn there, students tell 47 ABC they’re looking forward to having someone by their side.

“The major thing I would like to see is just being an advocate of students and staff who are underrepresented,” McCreary said.

Williams will officially join the Salisbury University campus on May 6th.