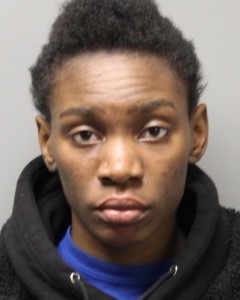 MILFORD, Del. – An Ellendale woman is facing charges after police say she hit two people with her car in a Walmart parking lot.

Police say Fluitt did not know the victims and actually sped up before hitting them with her vehicle.  She then allegedly fled the scene.

Both victims were taken to a nearby hospital for serious injuries, and Fluitt is now facing charges that include assault, possession of a deadly weapon during the commission of a felony, and leaving the scene of an accident.