Police investigating after man stabbed by stranger in Dover 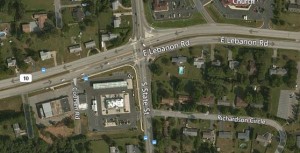 DOVER, Del. – The Delaware State Police are investigating after they say a 35-year-old man was stabbed on South State Street in Dover early Saturday morning.

Police say around 1:42 a.m., the victim was walking on South State Street after leaving Royal Farms. The victim says he was approached by a male who started yelling at him, who then stabbed him with an unknown object. The suspect then fled on foot, according to police.

Police say the victim was treated at Bayhealth Kent Campus for a single stab wound to his torso.