Police: Driver flagged down for help on side of the road, robbed 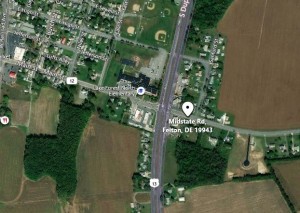 FELTON, Del. – Delaware State Police are investigating after they say a woman flagged a delivery driver down for help, and then robbed him.

Police say it happened on Saturday night when a 26-year-old man completed a delivery just after 8:00 p.m. in the area of Goose Creek. Police say at the delivery man was driving away, he saw a newer model Kia Optima disabled on the side of the road. The man says a woman flagged him down, so he stopped to help her. That’s when, he says, a male came out of the Optima and pressed a hard, unknown object to the victim’s back.

The victim says the male demanded everything from his pockets, so the victim handed over his wallet, cell phone, and some cash. The suspects then allegedly fled westbound on Midstate Road.

The suspects were described as a female in her 20s, and a male.