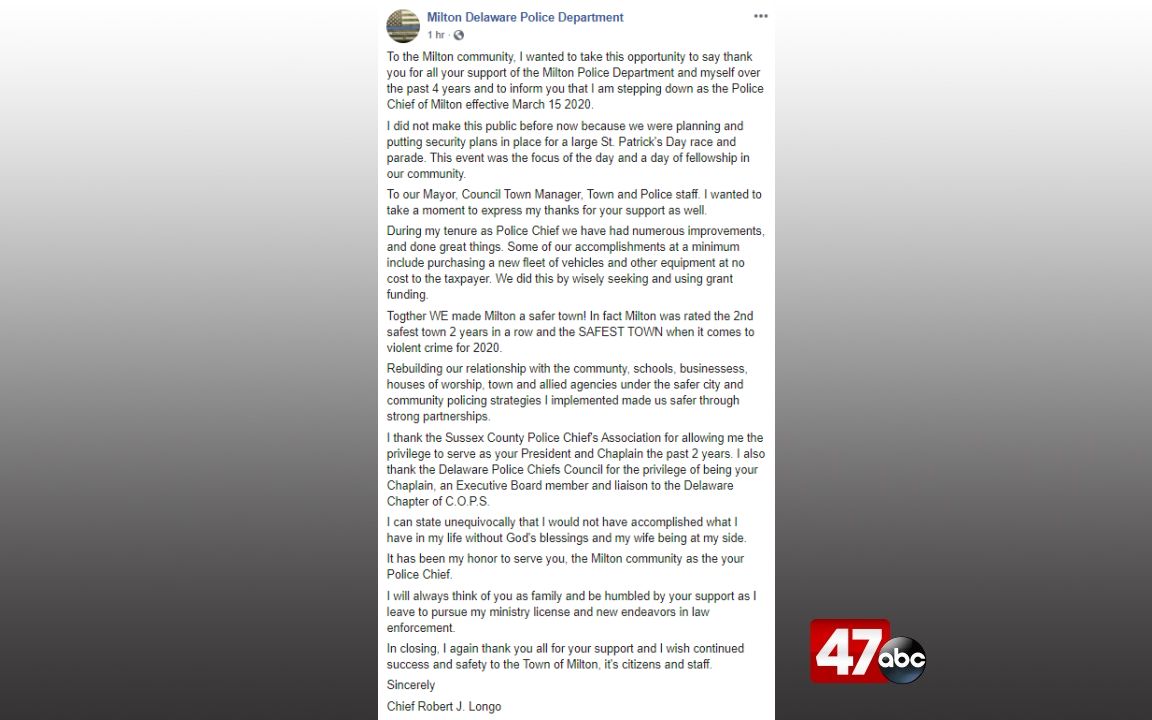 MILTON, Del. – Milton Police Chief Robert Longo has announced that he is stepping down from his position later this month.

“It has been my honor to serve you, the Milton community as your Police Chief. I will always think of you as family and be humbled by your support as I leave to pursue my ministry license and new endeavors in law enforcement,” Longo said in the post. “I thank you all for your support and I wish continued success and safety to the Town of Milton, its citizens and staff.”

Longo has served as Milton’s Police Chief since 2016.