Man arrested after driving under the influence in Delaware 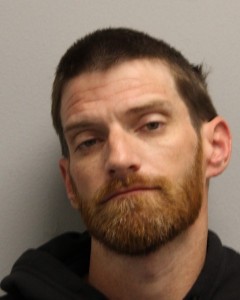 REHOBOTH, Del.- A man is facing a slew of charges after being found under the influence during a single car crash that happened Saturday morning.

We are told that police arrested 32-year-old, David Adkins, who was driving a white Toyota Camry when he drove through a red light at the intersection of Coastal Hwy. and Old Landing Rd. in Rehoboth Beach.

Police said that Adkins then crashed through a brick wall and drove over several headstones at the Midway Presbyterian Church Cemetery.

Police said witnesses saw Adkins get out of his car and start to flee the scene on foot.

Officials said they located Adkins around the Fairfield Inn and Suites.

Upon contact with Adkins, Troopers said they observed that he was under the influence and they did a DUI investigation.

We are also told that police found around .462 grams of heroin and drug paraphernalia in Adkins’ car.

He is facing charges that include driving under the influence, possession with intent to deliver a controlled substance, driving while suspended or revoked, failure to transfer title and registration, and failure to report a collision involving alcohol or drugs.