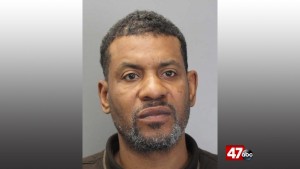 HARRINGTON, Del. — Harrington Police say they’ve arrested a man on Sunday after he was caught breaking into a vehicle.

Officers responded to a residence on Ward Street for a report of a suspicious person. While responding, officers were given a description of the suspect and were told the suspect tried to get inside of a car.  While responding police saw 47-year-old, Merrick Wright of Dover, walking in the area of the alleged break in and stopped him. Further investigation revealed that Wright broke into an unlocked car and stole money and cigarettes.

Wright was taken into custody and sent to the Harrington Police Department for processing. The 47-year-old was charged with third degree burglary and theft under $1,500 where the victim is over 62 years of age.

He was arraigned  at Justice of the Peace Court 7 and was released on $1,000 unsecured bond.

Police say the stolen items were recovered and given back to the owner.