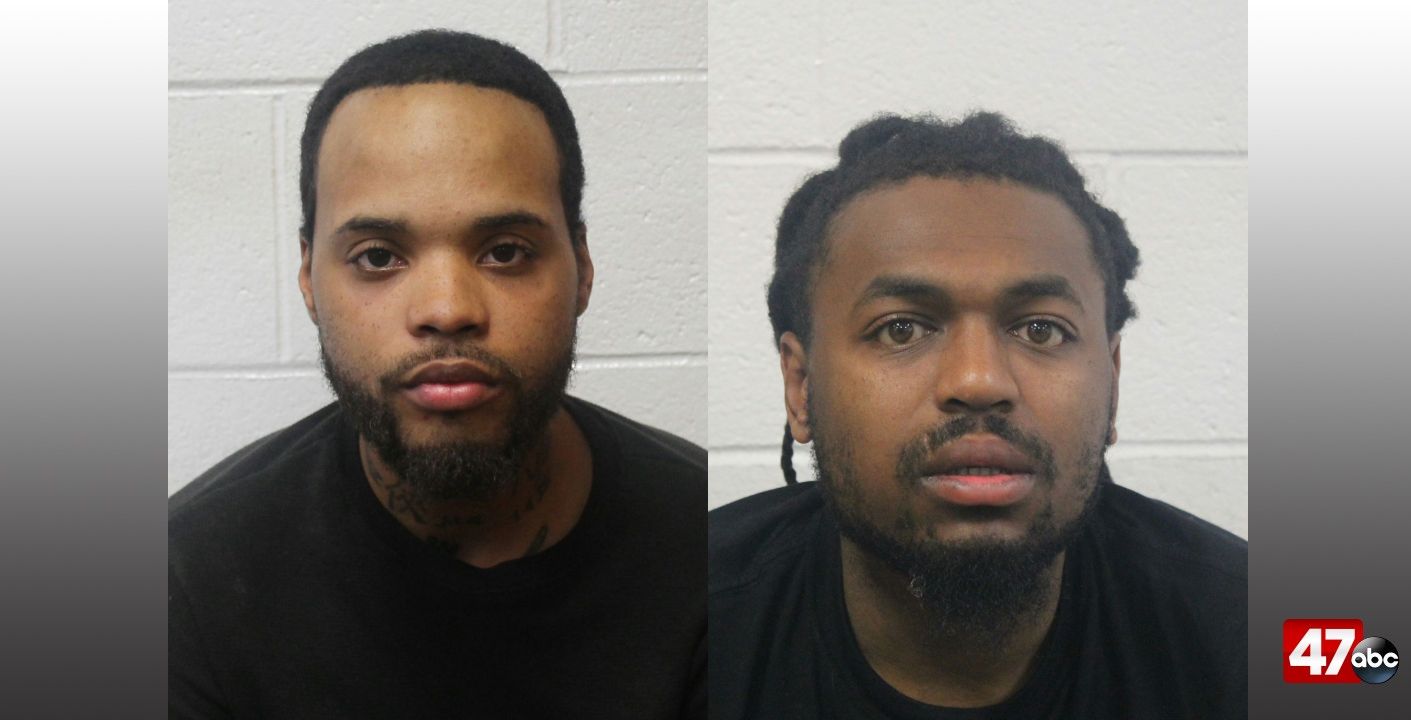 DELMAR, Md. – Two people were arrested on multiple drug charges after an officer went undercover during an investigation.

We’re told that on Tuesday, a detective with the Wicomico County Sheriff’s Office Community Action Team went undercover, meeting with a subject identified as 29-year-old Shawonne Hill. Hill reportedly agreed to sell the detective a log of heroin, totaling approximately 100 bags. Hill told the detective that he was picking up another drug supplier and would meet at the Gordy Tiger Mart on Connelly Mill Road in Delmar.

Detectives then set up surveillance on the Tiger Mart, observing Hill and 25-year-old Donregus Holland pull into the parking lot. When detectives approached the vehicle, they found Hill in possession of the suspected heroin, and both he and Holland were taken into custody. Detectives also found cell phone evidence, as well as one log of heroin (103 bags), and an additional 34 bags of heroin inside the vehicle. A 10-year-old and 18-month-old were sitting in the back seat of the vehicle at the time of the arrest. with a bag of heroin found next to the 10-year-old’s foot.

Both men were charged with possession with intent to distribute heroin, possession of heroin, and two counts of reckless endangerment.