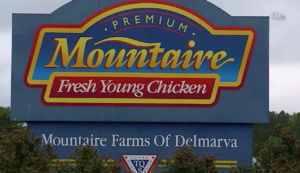 MILLSBORO, Del. – In Delaware, State Police are investigating an industrial accident that seriously injured a man.

According to officials, the accident took place at the Mountaire Farms facility in Millsboro. Police say a 58-year-old man was helping with the renovation of the building and was working on a grated walkway removing old grates and replacing them with new ones about 20 feet in the air. That’s when police say he fell and hit the ground where he sustained serious injuries.

The victim was taken to Beebe Hospital where he’s currently in stable condition.

Police: Texas gunman was inside elementary school for more than an hour before being killed by law enforcement