According to court documents the investigation began on January 17, 2020 following a report of suspicious activity by a town employee to Princess Anne Police Chief Tim Bozman. The employee reportedly told the chief that something suspicious was going on after an envelope that was containing $2,200 on Friday, January 3rd was found to be empty on Monday, January 6th. The envelope was set to be processed by the town on January 6th, however Hrusko claimed she came in on Saturday, January 4th to process the payments. That Monday, Hrusko was apparently overheard talking about deposits she had made to her personal bank account on Saturday, January 4th and that Friday, January 10th. Hrusko allegedly told an employee, who was looking for petty cash, that there was no petty cash available. Documents also reveal that there was no record of a cash deposit into the town’s account from the money in the envelope that Hrusko claimed she processed.

Police met with Princess Anne Town Commissioners on Saturday, January 11th to report the suspicious activity and the Commissioners agreed to place Hrusko on paid leave and have their accounting firm conduct an audit into the situation. 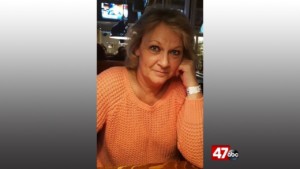 Following the audit, investigators were told on January 17 that after looking back on the month of December 2019 auditors found cash receipts totaling  $8,293.72, however there were zero cash deposits made. That same day police executed a search warrant at Hrusko’s home on Kenilworth Drive in Salisbury and spoke with Hrusko who denied taking any money from the Town of Princess Anne.

Two weeks later on January 31st, investigators had discovered through bank records that no cash deposits at all were made to the town’s BB&T bank account at all during 2019. A review of the town’s software system found that Hrusko had handled 289 receipts from January 1, 2019 to January 10, 2020 totaling $65,537 and of those 289 transactions 101 were changed from cash payment to check payment and 40 were deleted altogether by Hrusko. Further investigation found that Hrusko also took $755 from the Princess Anne Police Department’s vehicle auction and never deposited that cash either.

The attorney for the town of Princess Anne says Tracy Grangier has been named interim town manager.