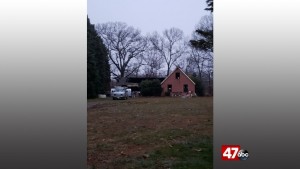 Fire officials say the blaze broke out around 1:30 p.m., at a home at 116 Mainbrace Drive in Queenstown. The one alarm fire took 35 firefighters approximately two hours to control.

Officials say the home had no smoke or fire alarm and that the fire was discovered by a neighbor. No one was injured in the fire. Fire damage is estimated at $400,000.

An investigation is underway as to what caused the fire. If anyone has information regarding the fire, you are asked to contact the Maryland State Fire Marshal Office at 410-422-7609.

The Latest: Musicians ask UK govt to save live concerts

The Latest: Tokyo cases spike to highest number since May

How a courtroom encounter landed a teen with a free car