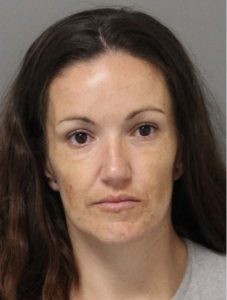 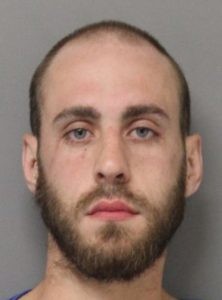 Troopers stopped the 32- year-old driver, Randy H. Delano, of Bridgeville, in the area of King Rd. and Old Furnace Rd. around 10 a.m.

Police said the passenger of the Chevy Envoy, 31- year-old, Jessica N. Hudson, of Seaford, was not wearing a seatbelt.

When the trooper was speaking with the pair about the seatbelt violation, he observed drug paraphernalia in the front seat of the car.

Police said he asked the pair if they had any illegal drugs in the car or if the other person was in possession of illegal drugs; both of them said no.

Troopers said when they searched Hudson they found 83 individual bags of Heroin in her pants that were packaged for sale.

Police said they also found $1,000 dollars in suspected drug money in her pants.

Troopers said Delano was aware of both the drugs and money that Hudson had.

The pair was transported to Troop 5 where they were charged.

Hudson was charged with two counts of possession of drug paraphernalia, possession with intent to deliver a controlled substance, and tampering with physical evidence.

Delano was charged with providing a false statement to hinder a felony investigation and possession of drug paraphernalia. He was also charged because his passenger must be wearing a seatbelt.