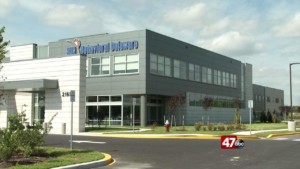 GEORGETOWN, Del. – Police have arrested two male teens after a fight broke out inside the Sun Behavioral Health on Monday.

Officers responded to the area around noon for reports of a fight inside the building. Once inside, Officers learned that the two teen boys assaulted the 13-year-old girl victim.

A 17-year-old male from Millsboro was charged with Second Degree Assault, Strangulation and Conspiracy.

A 13-year-old male from Frankford was charged with Assault Second Degree and Conspiracy.

Both juveniles were arraigned at Sussex County Family Court and released on an unsecured bond.