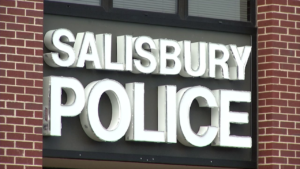 SALISBURY, Md.– Troopers responded to a home Friday night on Benita Ave for the report of an assault.

Andre Cook, 47-years-old, of Salisbury, confronted him and threatened Rogers if he towed the car.

Police said Cook pulled a knife out on Rogers, which he then pointed at him and threatened him with.

Cook was arrested and taken into custody.

A small amount of marijuana was found on Cook and received a civil citation for it.

He is charged with First and Second Degree Assault and Reckless Endangerment.