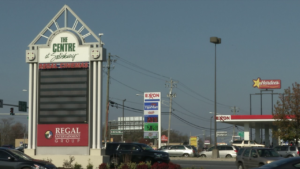 SALISBURY, Md. – Officials confirm that the Macy’s department store at the mall in Salisbury will be closing its doors.

On Monday a Macy’s spokesperson said, “After careful consideration, Macy’s has decided to close Macy’s Centre at Salisbury…The decision to close a store is always a difficult one, but Macy’s is proud to have served the Salisbury community over the past 29 years.”

A clearance sale will begin in January 2020 and run for approximately 8 to 12 weeks at the Salisbury location. Macy’s said it has already shared this information with its “valued colleagues”. Regular, non-seasonal colleagues will be eligible for severance, including outplacement resources.

Officials have not given a specific reason as to why the store is closing or how many employees will be impacted. 47 ABC has reached out to The Centre at Salisbury for comment.

Former U.S. Sen. David Durenberger, a Minnesota Republican who espoused a progressive brand of politics, has died at 88