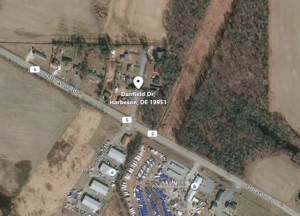 HARBESON, Del. – Delaware State Police say a woman pretended she ran out of gas, but it was all a ploy to break-in to a woman’s home.

Police say Monday night just before 7:45, that woman knocked on a door on the 22,ooo block of Danfield Drive, telling the resident that she had run out of gas.

The two men allegedly took another resident’s phone while she tried to call 911 and struck a 51-year-old resident over the head with the gun.

When that 51-year-old forced one of the men out of the home, one of the suspects re-entered the home before fleeing the scene.

Two children were also present in the home.

The woman was described as having pink hair but there is no suspect information for the two men at this time.