Man shot inside home in Magnolia 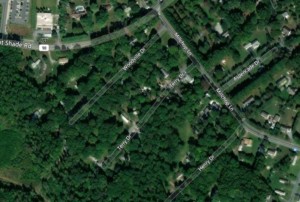 MAGNOLIA, Del. – Delaware State Police are investigating a shooting after they say a man standing inside of his home was struck by a bullet that was fired from outside of the home.

Police say it happened Sunday morning just before 3:00, when a 46-year-old man was standing in his kitchen in the 100 block of Terry Drive. While standing, the man was struck in the torso by a bullet that was fired from outside. Police say multiple shell casings were found outside near the home.

That victim is now recovering from non-life threatening injuries. Two juveniles were also inside the home at the time of shooting, but were uninjured.

Police say this investigation is ongoing and anyone with any information is asked to call Delaware State Police at 302-698-8429.