SALISBURY, Md.- In their second game of the 2019 Governors Challenge, the Parkside Rams fell to Archbishop Curley 49-35.

The Rams made it a two point 18-16 game at halftime behind ten combined points from Quamir Snell (5) and Jarring Mitchell (5).

In the second half, the Archbishop Friars pulled away, Caleb Johnson led the way for the Friars with a game high 16 points as Archbishop dropped Parkside 49-35 in their bracket consolation game.

Check out the full box score: 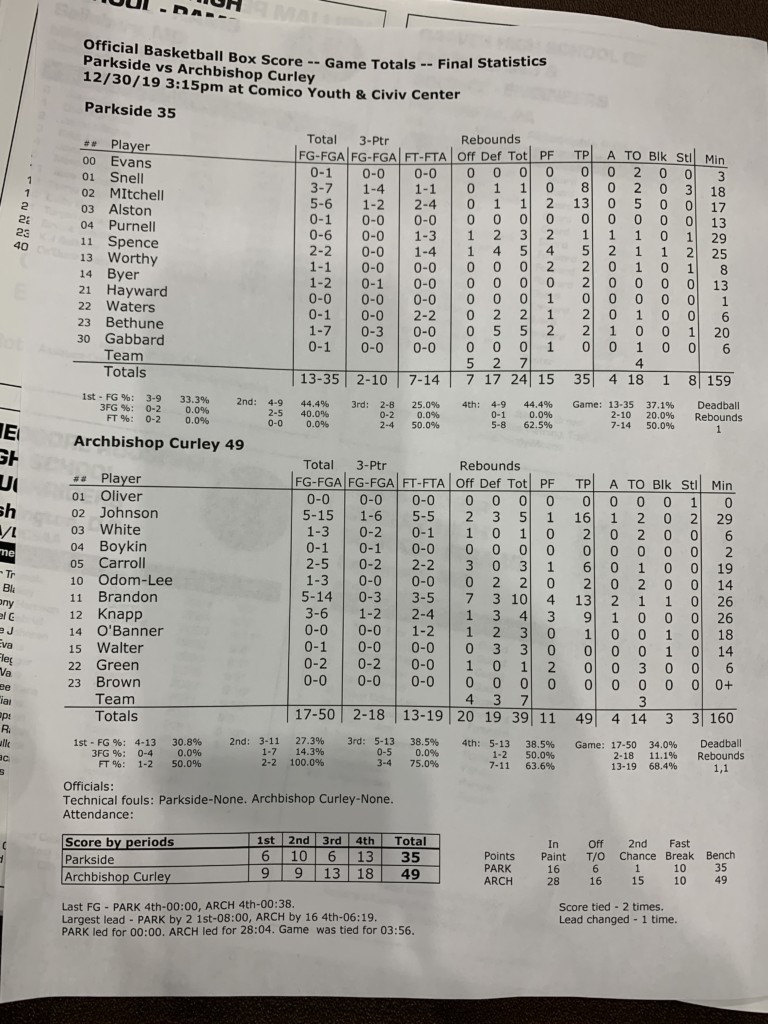