SALISBURY, Md.- In one of the most anticipated matchups of the Governors Challenge, the Dover Senators defeated WiHi 66-50.

The Senators started off hot, Elijah Allen with two quick threes to lead the Senators to a 16-4 lead to end the first quarter. The Tribe would start to get some offense going in the second quarter, Jayson Handy with eight in the quarter to lead the Indians. The only problem, Dover kept their foot on the gas as they take the 13 point lead into the break.

In the second quarter, the Tribe took some momentum and cut the lead to just six to end the third quarter behind eleven second half points from Handy but the Senators ran away with it late to take the game of the night 66-50.

The Senators will take on Eleanore Roosevelt out of Maryland at the Slam Dunk at the Beach on Saturday. WiHi will play  Friends of Baltimore Saturday on daythree of the Governors Challenge. 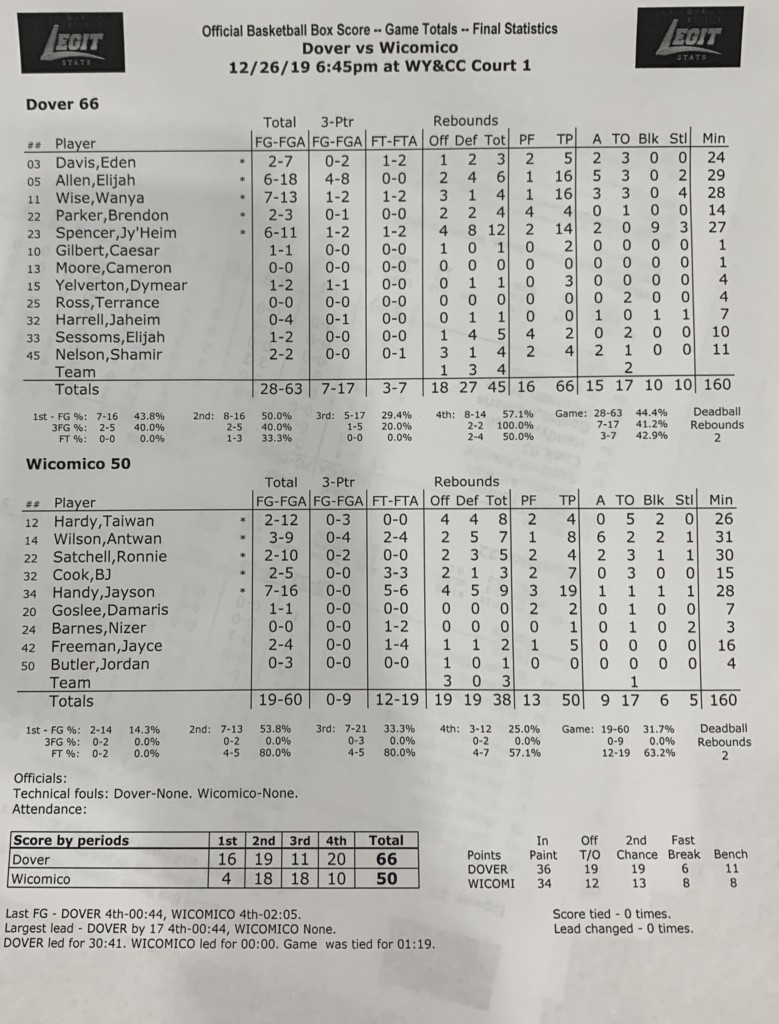