SALISBURY, Md.- Behind a combined 44 points from Rykell Waters (16), CorTrey Fontaine (16), and Jaron Smith (12), the Crisfield Crabbers defeated Sussex Tech 73-59 to advance to the bracket championship.

The Crabbers jumped out to an early 21 point lead late in the first quarter and took a 22-8 lead headed into the second quarter. In that second quarter, the Ravens were able to cut the lead to just eleven at the break, led by 12 first half points from Devon Reynolds (all 3’s). Rykell Waters had a team high 11 points at the half.

In the fourth, the wheels would fall off the Tech comeback wagon as the Crabbers pulled away to take it 73-59.

Crisfield will play Edmondson-Westside in the Bracket Championship today at 1:30 at UMES. Tech plays in the consolation bracket championship

Check out the full game stats: 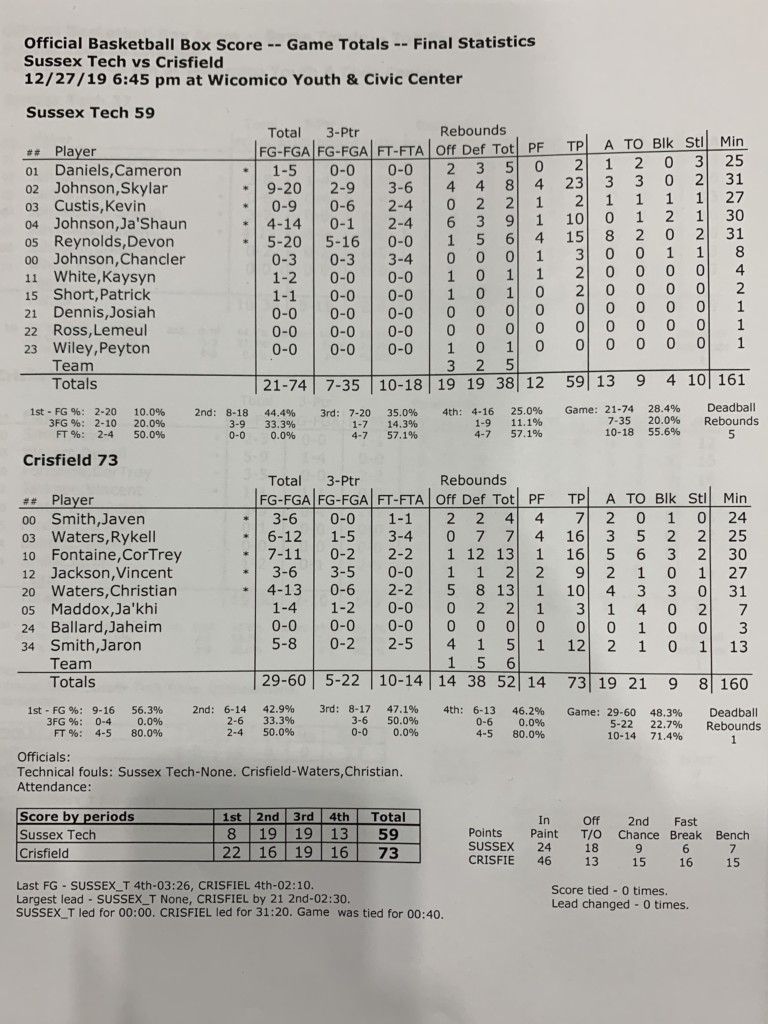