CFES reached beyond their goals for this Giving Tuesday 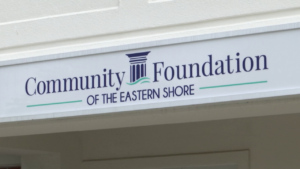 SALISBURY, Md.- The numbers are in from Giving Tuesday and the Community Foundation of the Eastern Shore announced they have shattered their previous record, getting over 217,000 dollars in donations.

Donations started pouring in at Midnight on Monday and went up all the way until Tuesday night.

All the money raised helped aid 102 non-profits in their missions to help people here on the Eastern Shore.

Those with CFES said they ended up with roughly 2,300 plus donations, which is up from roughly 1,500 last year, and they said Tuesday’s efforts really showed that if we come together as a community that we can make a tremendous impact.

“Hitting that $200,000 dollar mark was a phenomenal feeling for everybody here on the staff and I know for our nonprofits as well, this was a record breaking year for us with the $217,000 dollars and that was made possible by over 2,100 donations ,” Victoria Kent, Marketing Officer of CFES, said.

Even though Giving Tuesday is over,  CFES still encourages people to get involved in giving back to their community.

If you want to learn more about how you can do that, you can visit their website at CFES.org

The Latest: Britain calls on Israel to act proportionately