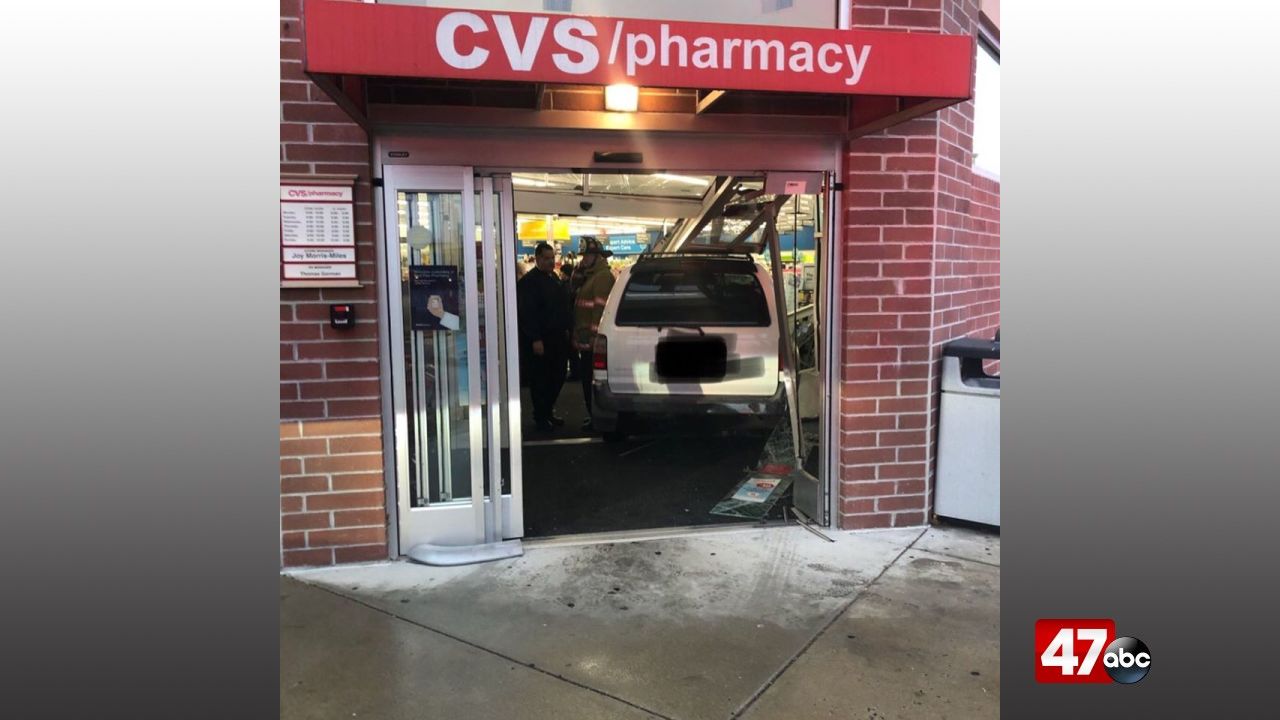 SALISBURY, Md. – Two people were injured Tuesday afternoon after an SUV crashed through the doors of a CVS in Salisbury.

Salisbury Police say the crash happened at around 3 p.m. at the CVS on South Salisbury Boulevard. We’re told that one customer and the driver were taken to the hospital for treatment of non-life threatening injuries.

At this time, police say it does not appear that drugs or alcohol were a factor in this crash. CVS will remain closed until clean up is complete and police have finished their investigation.