Allen gets his 1,000th point as Dover rolls Central to open the season

DOVER, Del- After Elijah Allen scored his 1,000th point in the first five minutes of the game, he put up a game high 21 points as Dover handled Sussex Central 86-26 to open the season.

It was an exciting scene at Dover high, everyone packed the gym to see Elijah Allen score his 1,000th point just nine points away to start the game. Allen started out hot, scoring the teams first 7 points of the game. After making splitting two free throws, he only needed one more and he would get it on a pull up jumper for two midway through the first quarter. He would end the night with a game high 21 points. 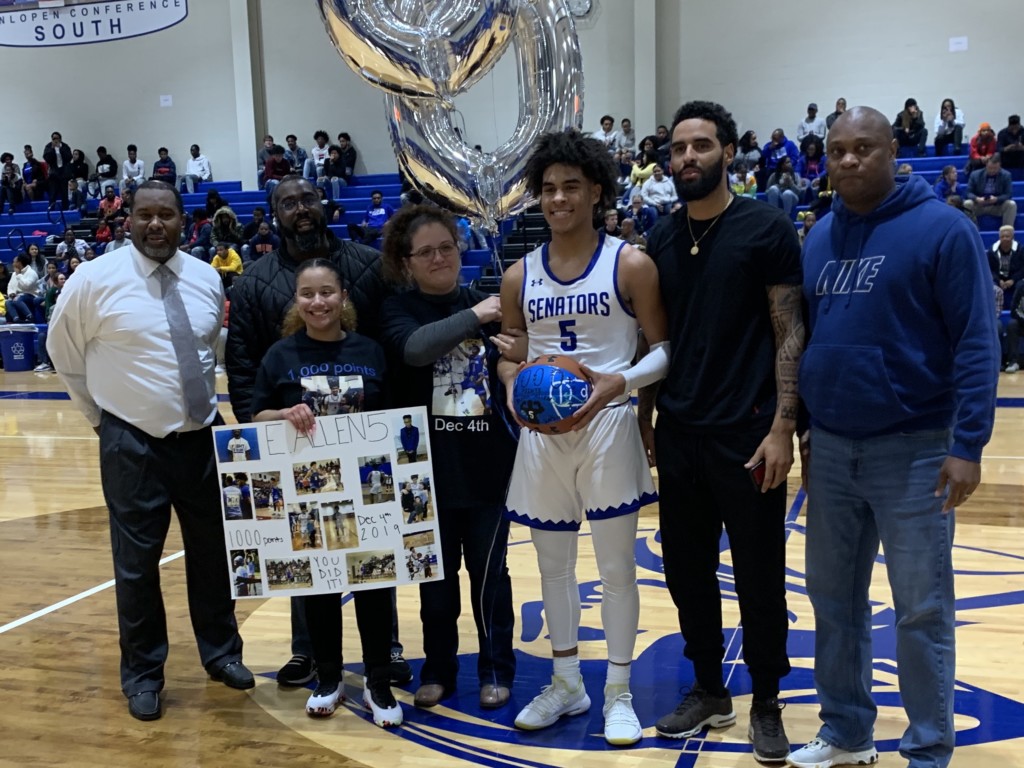 The Senators would lead 24-6 to end the first quarter and extend the lead to 45-24 at the half. Allen led all scorers with 18 and Eden Davis with a close second with 12.

In the second half, the Senators continued their dominance. Led by freshman Jaheim Harrell who put up a half high 16 points as Dover rolled past Central 86-26.