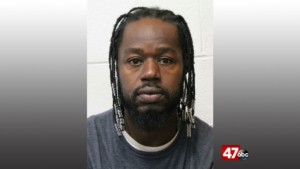 The man has been identified as 43-year-old Philip Morris Johnson.

Police say on November 11th, 2019, Johnson threw a cinder-block through the window of a church in the 800 block of Snow Hill Road, and stole a Yamaha keyboard.

Further investigation revealed that the 43-year-old attempted to pawn the purloined keyboard, which was found up for sale in a local Salisbury store.

A deputy issued a warrant out for Johnson’s arrest and he was taken into custody.

Johnson has been charged with 2nd degree burglary, theft of $1,500 to $25,000, and malicious destruction of property.

Johnson is currently awaiting his appearance before the District Court Commissioner while being held without bond.

The Latest: Texas governor warns 'things will get worse'