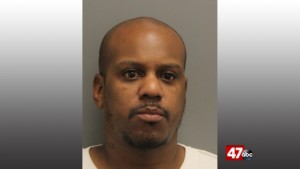 MILFORD, Del. – In Milford, police tracked a man down in his bedroom finding weapons and drugs. Delaware State Police say that their suspect, Paul Lovett, had four warrants out for his arrest. Investigators say that he was picked up at a home along Argos Choice Road. Police tell us that Lovett had about 6 grams of crack cocaine and a gun when they took him into custody. They also say that a 9-year-old girl was in the home when they conducted their search.
Lovett is charged with possession of a firearm by a person prohibited, intent to deliver, and Endangering the Welfare of a Child.