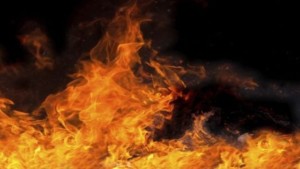 According to the State Fire Marshal’s Office, the blaze broke out around 5:30 a.m. at the 54 hundred block of Ray Road near Dublin Hill Road.

Firefighters and medical services, including Sussex County paramedics, rushed to the scene, where they found a 60-year-old woman suffering from smoke inhalation.

Authorities say the victim, who has yet to be identified, was taken to the Nanticoke Memorial Hospital in Seaford where she is said to be in stable condition.

Deputy State Fire Marshals are still investigating the scene and they don’t know the cause of the fire.