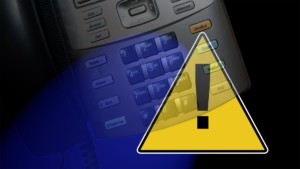 CAMDEN, Del. – The Better Business Bureau says a Delaware woman was the victim of a romance scam with a man who claimed to be a cruise ship captain. 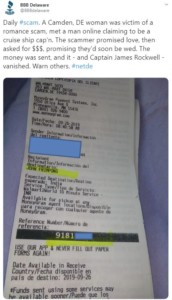 The woman reportedly sent the scammer $500 but never heard from Captain Rockwell again. According to the Better Business Bueau (BBB), “Captain James Rockwell uses his title and position to attract women to obtain money…Using his appearance to pretend to be deeply in love with them.”

It was not immediately clear what site or app the victim used to meet the scammer. The BBB Scam Tracker does not reveal much information about the victim except that her postal code is 19904.

According to the BBB, “Con artists create compelling backstories, and full-fledged identities, then trick you into falling for someone who doesn’t even exist. This form of deception is known as “catfishing.” Sometimes a catfisher is simply a lonely person hiding behind a fake persona. But often it is the first step in a phishing scheme to steal personal information or a romance scam to trick you out of money.”

Kim Kardashian settles with SEC for $1.26 million over promoting crypto currency without revealing she was paid