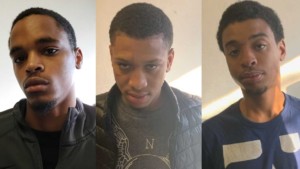 According to Maryland State Police, Raquan Williams was pulled over at 2:23 a.m. in the area of Rt. 13 north of Old Eden Road for making an unsafe lane change and negligent driving. The trooper reportedly saw marijuana on the 21-year-old’s sweater and asked about it. Williams apparently said “he didn’t know why the marijuana was on his clothing” but then told the officer that he smoked marijuana earlier that day.

The officer searched Williams’ car and reportedly found 35 baggies of marijuana (30.2 grams), 16 vials of cocaine (7 grams), a digital scale, a ceramic plate and a razor blade with cocaine residue. 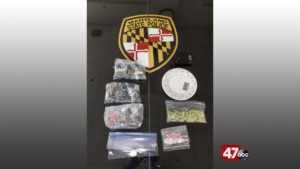 After Williams was arrested, police found another 8 baggies of marijuana in his pants pockets (6.5 grams) and a baggie of cocaine in his underwear.

All three suspects were held without bond at the Wicomico County Detention Center.