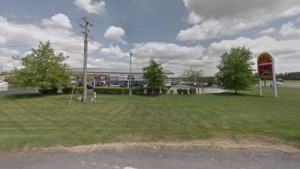 According to officials, the 59-year-old Ocean View wishes to remain anonymous but he won $25,000 a year for life, after buying a “Lucky For Life”  ticket from Wawa in Delmar. The man says he typically buys $10 worth of Lucky For Life tickets when he plays the lottery, but this time he decided to buy $20 worth of tickets.

“I usually have a ten-dollar bill with me when I play,” the man told Delaware Lottery. “When I purchased the winning ticket, I only had a twenty, so I thought, why not?”

Officials say the man played the Quick Pick option on the September 30th drawing and matched five numbers. He chose to take the lump sum payout of $390,004 before taxes. After taxes, he will take home $296,403.

“September was a great month for Delaware Lottery players,” said Vernon Kirk, Director of the Delaware Lottery. “This is the second Lucky For Life $25,000 a year for life winner in the same month.”

When asked what he was planning to do with his winnings, the man said he is going to start his retirement a little earlier than expected. The man claimed his prize from Lottery Headquarters on October 4th.