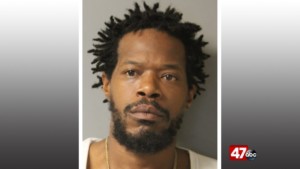 REHOBOTH BEACH, DEL. — Delaware State Police say they have arrested a Rehoboth Beach man after he allegedly assaulted and strangled his ex-girlfriend.

Troopers say they arrested Tyshi Hazzard of Rehoboth Beach, Delaware in connection with an assault.

Police say on September 16th, around 3:30 a.m., Troopers reported to the 37000 block of Burton Village Ave. for a report of an assault.

Troopers say they met a 30-year-old woman who says her ex-boyfriend, Hazzard, confronted and attacked her. She says Hazzard hit her several times and strangled her.

Hazzard then fled the scene before police arrived but, was found in a small amount of time, hiding under a nearby mobile home.

The 41-year-old suspect was taken into custody and charged with multiple charges, including second degree assault, strangulation, and criminal trespassing of the third degree.

As of now, Hazzard is currently being held at Sussex Correctional Institution on a $51,001 cash only bond.

The Latest: Cyprus brings forward end of lockdown by 3 weeks