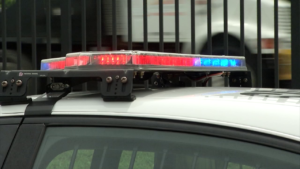 MILLSBORO, Del. – A Millsboro woman is behind bars after police say she attempted to file a false report, and then assaulted an officer.

Police say it all happened on Saturday when Laurie Parkin made report of a domestic incident at the Long Neck Apartments. When officers arrived, they say Parkin became “confrontational and irrational” and pushed an officer out of the door when the officer tried to enter the home. Police say Parkin appeared under the influence at the time and told police there were two children inside the home.

When police attempted to place Parkin under arrest, they say she resisted and struck an officer. She was then taken into custody and charged with assault, resisting arrest, and other charges.

Parkin was arraigned before the Justice of the Peace Court and committed on $4020.00 secured bond.