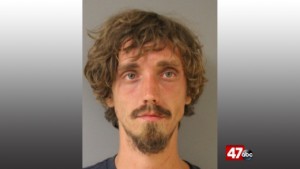 WYOMING, Del. – Delaware State Police say a man was arrested for fleeing the scene of a fatal hit and run, on Saturday night.

Investigators say the incident happened at 8:32 p.m. near Front Street and North Layton Avenue in Wyoming. Bradford Husfelt was reportedly driving a blue Dodge Neon was he tried to pass a car on the right side. According to officials, the 26-year-old drove onto the sidewalk and partially on someone’s front yard. Police say he hit landscape timber and kept driving on the sidewalk before hitting a 78-year-old pedestrian. 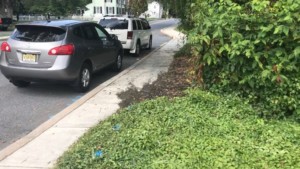 Husfelt allegedly drove away and was found at his house in the 100 block of Center Street. Police say his car was found at the house under a car cover.

The 26-year-old was arrested without incident and brought back to Troop 3 where a DUI investigation ensued. Husfelt was charged with the following:

The 78-year-old male pedestrian from Wyoming was brought to the Bayhealth Kent General Hospital where he died from his injuries. His name is being withheld at this time pending the notification of next of kin.

Husfelt was arraigned before the Justice of the Peace Court and committed to the Sussex Correctional Institution on $58,650.00 cash only bond. The roadway was closed for approximately 4 hours while the crash was investigated and cleared.