The incident happened around 1 a.m. at the West-O Bottle Shop & Bar, on Route 50, next to the Rise Up in West Ocean City. According to the store’s Facebook page, the man drove through the front doors and then fled the scene. They say Maryland State Police found the driver’s car in a ditch, not far down the road. The store says, “Fortunately, our glass front doors were the only things harmed in this incident.” 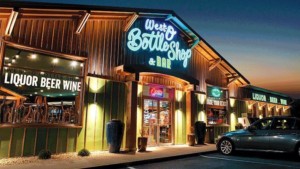 Maryland State Police tell 47 ABC that the driver was arrested. He is facing DUI and burglary charges. They are not releasing any more information about the suspect at this time.

The West-O Bottle Shop thanked State Police and says they are using their 20 surveillance cameras as part of the investigation.

The store’s Facebook post ends with, “Our tagline at the Bottle Shop is ‘Come on in my thirsty friends.’ To clarify, we would prefer for the public to limit this to hours that the store is open. We will gladly help carry items to your car, no need to drive it in.”

Hottest Temperatures of the Year so far Expected this Week

The Latest: WVA Guardsman to be disciplined for comments