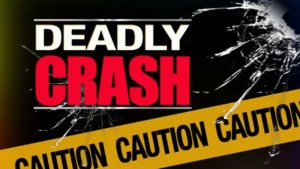 KENNEDYVILLE, Md. –The Maryland State Police are currently investigating a deadly head-on car crash that took place yesterday around 3:20 in the afternoon.

The crash happened south of Vansant Corner Rd, Kennedyville in Kent County, MD. Police say the driver of a full size car veered into the opposite lane travelling on MD 213 for unknown reasons and hit the driver of a truck head on.

The crash is still under investigation.